Abstract The events of 11 September and the subsequent anthrax outbreaks have shown that the West needs to be prepared for an increasing number of terrorist attacks, which may include the use of biological warfare. Bacillus anthracis has long been considered a potential biological warfare agent, and this review will discuss the history of its use as such. 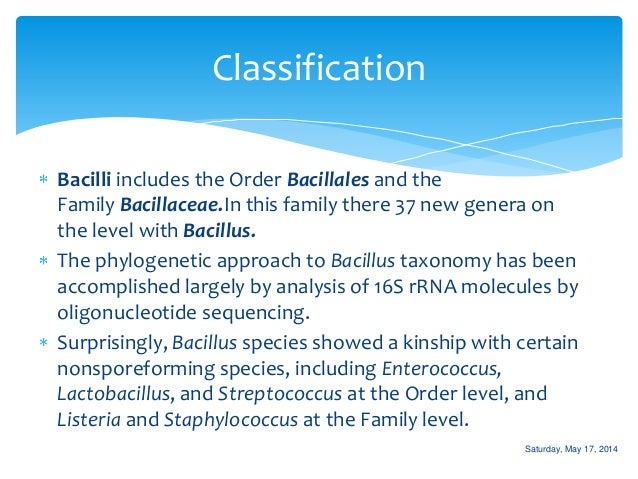 This is an open-access article distributed under the terms of the Creative Commons Attribution License, which permits unrestricted use, distribution, and reproduction in any medium, provided the original author and source are properly credited.

This article has been cited by other articles in PMC. There are unique MLVA genotypes listed in this table. Apparent MLVA fragment sizes vary from instrument to instrument and even with various size standards.

Allele codes provide a common designation in the face of this variation. The numeral 1 appears as a code when a fragment failed to amplify; eg. Geographical Composition of B. The basis of its historical transmission is anecdotal and its true global population structure has remained largely cryptic.

This analysis identified SNPs that define the major clonal lineages within the species. These analyses subdivided the isolates into three previously recognized major lineages A, B, and Cwith further subdivision into 12 clonal sub-lineages or sub-groups and, finally, unique MLVA15 genotypes.

This rare genomic variation was used to document the evolutionary progression of B. Isolates in the A lineage are widely dispersed globally, whereas the B and C lineages occur on more restricted spatial scales. Molecular clock models based upon genome-wide synonymous substitutions indicate there was a massive radiation of the A lineage that occurred in the mid-Holocene 3,—6, ybp.

On more recent temporal scales, the global population structure of B. These findings indicate humans have played an important role in the evolution of anthrax by increasing the proliferation and dispersal of this now global disease.

Finally, the value of global genotypic analysis for investigating bioterrorist-mediated outbreaks of anthrax is demonstrated. Introduction Anthrax, caused by the bacterium Bacillus anthracis, is a disease with a natural transmission cycle involving wildlife, livestock, and, occasionally, humans.

Prior to its use as a bioterrorism agent, B. Despite the emphasis on its role as an agent of bioterrorism or biological warfare, anthrax has been and continues to be an important global disease of wildlife and livestock.

Global dispersal of spores via commodities has been prevalent, such that there are currently endemic anthrax foci on all continents except Antarctica http: In the environment, B.

During the spore phase, which may persist for decades, evolution is static or at least greatly reduced in rate, which limits the amount of genetic diversity found among isolates of this species.

In the past the genetic homogeneity of B. Two molecular approaches, multiple locus variable number tandem repeat analysis MLVA and whole genome single nucleotide polymorphism SNP discovery and analysis, have greatly enhanced the identification of genetic markers that help to establish the phylogenetic relationships among B.

For example, Keim et al. This process has now been expanded to 15 marker-loci, MLVA15 [11]. Although individual SNPs have limited resolving power relative to MLVA, researchers have used phylogenetic approaches to identify SNPs that efficiently partition bacterial strains into genetic groups consistent with their recognized population structure [3][11][12].In this study, we utilized Bacillus anthracis as a model pathogen to investigate the metabolic changes present during various stages of infection.

B. anthracis is a spore-forming bacterium that is the etiological agent of anthrax and a . Bacillus anthracis, a gram-positive, rod-shaped which results when spores penetrate the skin through abrasions or cuts leading to tissue damage and infection.

gets into the body after introduction of endospores through. Bacillus anthracis is the etiologic agent of anthrax—a common disease of livestock and, occasionally, of humans—and the only obligate pathogen within the genus Bacillus. B. anthracis is a Gram-positive, endospore-forming, rod-shaped bacterium, with a width of – µm and a length of 3–5 µm.

Janes and Scott Stibitz). 5. The Bacillus anthracis Genome Format: Hardcover. May 23,  · Abstract. These findings indicate humans have played an important role in the evolution of anthrax by increasing the proliferation and dispersal of this now global disease.

Finally, the value of global genotypic analysis for investigating bioterrorist-mediated outbreaks of anthrax is demonstrated. Anthrax is a disease caused by the spores of the bacterium Bacillus anthracis, and is a recognized biological warfare agent. In the USA (), anthrax was deliberately spread through the postal system by sending letters with powder containing anthrax.